The IASB offers an international accounting framework that is composed of IAS-IFRS, supplemented by interpretations (SIC-IFRIC) for the private sector, IFAC, through one of its entities: the International Public Sector Accounting Standards Board (IPSASB), has drawn up a framework on January 1, 2007 consisting of twenty-four accounting standards known as IPSAS (International Public Sector Accounting Standards). Twenty-one of these standards are largely based on IAS-IFRS. As for standards 22, 23 and 24, they are intended for the public sector, and have been developed without reference to IAS. 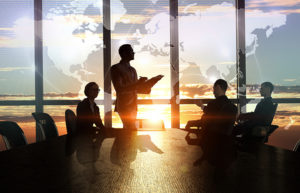 IPSAS, which were established by the IPSASB in 1996, are now applied by international organizations such as the European Union Commission , the OECD, IFAC, and NATO. A high-level UN committee has recommended that they should be adopted by UN agencies. The World Bank and the IMF encouraged the countries in which they operated to develop the use of IPSAS. In many countries, states have chosen to openly draw on IPSAS to elaborate national accounting standards for the public sector. For example, thirteen accounting standards were developed in France within the framework of the Organic Law of 1 August 2001 regarding the institutional law on financial legislation. This process was carried out in the context of transparency, which led to the authentication of the state accounts by the Court of Auditors.

The purpose of IPSAS is to improve the quality of financial information for public-sector entities in order to enable resource allocation decisions based on more reliable information, thereby improving financial transparency and accountability in this field.

The IPSAS are standards intended to be used by national public, regional (i.e. local authorities…), local institutions (municipalities, urban communities), and any public entity (agency, authority, commission…). IPSAS are widely used by intergovernmental and international organizations. IPSAS do not apply to public corporations with a commercial status (limited company, Limited liability company, etc.) or operating in a competitive and regulated context.

What are the differences between IPSAS & IFRS ?